The Watt Library, the Watt Hall and the Mclean  Museum and Art Gallery, Greenock

The Watt Library, the Watt Hall and the Mclean Museum and Art Gallery is a group of buildings located in the block between Union Street, Kelly Street and Watt Street in the centre of Greenock (Figure 1). The first building to be built was the Watt Library, built in 1832 and extended in 1837. The Watt Hall and the Mclean Museum were built in 1876. The Art Gallery is a modern building, built in 1955. 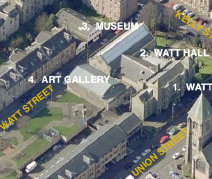 Figure 1: Aerial view of the buildings. This photo was provided by Collective Architecture. 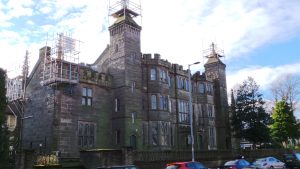 The slates were originally blue-grey in colour which have darkened on the weathered surfaces. The dimensions of the slates are variable which indicates that they are Scottish. The presence of cubic crystals of pyrite and the crinkling surface called crenulation cleavage are characteristic of slate from Ballachulish or one of the Slate Islands. To distinguish between these two sources, it is necessary that XRF trace element analysis be carried out to determine the concentration of barium and other key elements used to distinguish between these sources. Some of the original slates have been replaced with Welsh purple. 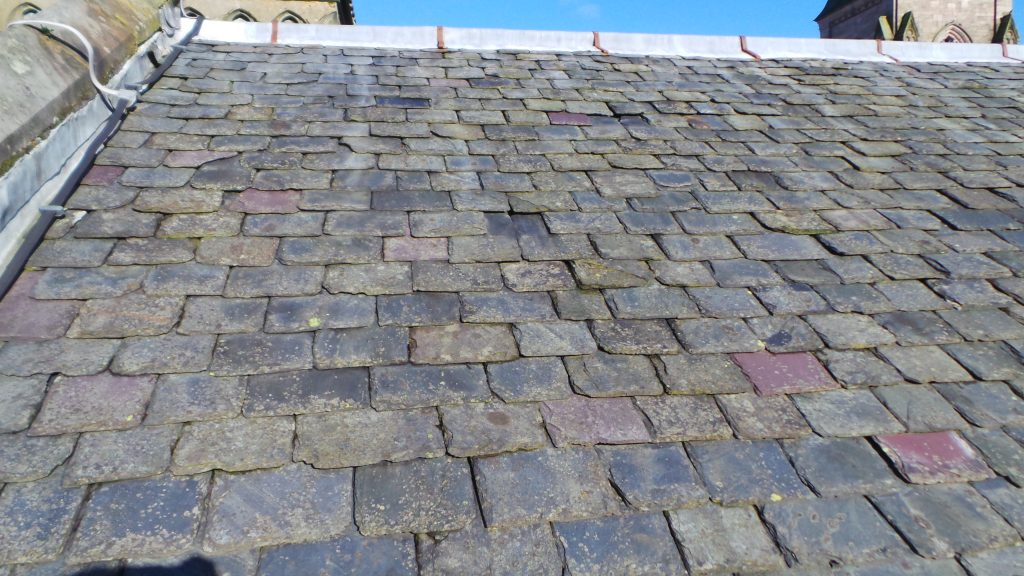 Figure 3: The slates on the Watt Library were identified as either Ballachulish or from one of the Slate Islands on the west of Scotland.  Some of the original slates have been replaced with Welsh purple.

The slates on the Library extension were not identified. 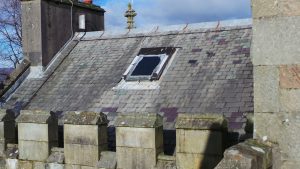 Figure 4: The north-west extensions to the library.

The Watt Hall and the McLean Museum 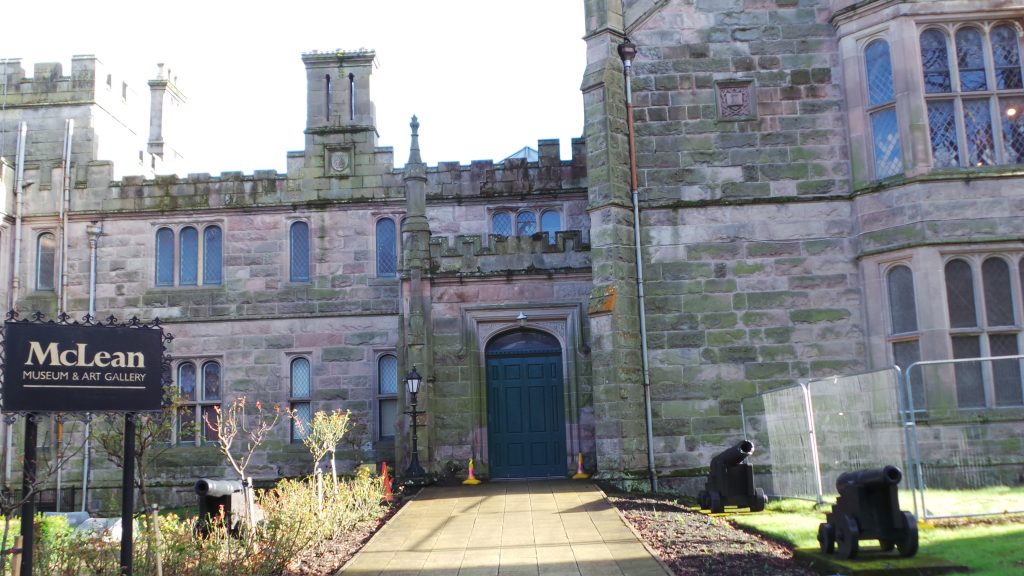 The slates on Watt Hall have a purple tint and are all the one size, namely 400x200mm. The uniform dimensions suggests that the slates are not Scottish and the purple colour suggests that they are Welsh from one of the Cambrian group of quarries. There was only limited access to the roofs of the Museum, however those slates that were inspected were similar to those on the Watt Hall. As both buildings were built at the same time, it is not surprising that the slates are from the same source.

Figure 6: The slates on the  the Watt Hall were identified as Welsh, from of the Cambrian group of quarries